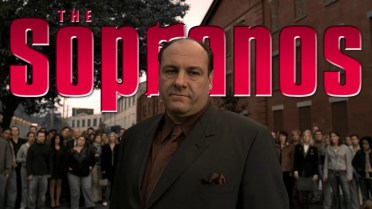 aKa Investigations, was retained  to provide additional security for the actors and crew during the filming of a scenes from Season 6 of The Soprano's .  The following photos were taken on site during the filming. 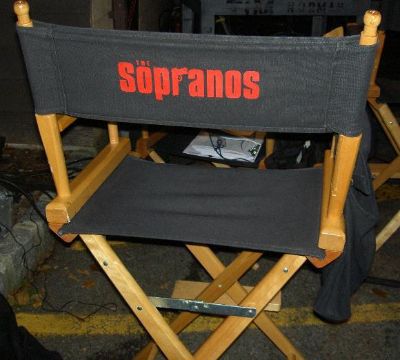 I guess you know who's chair this is? 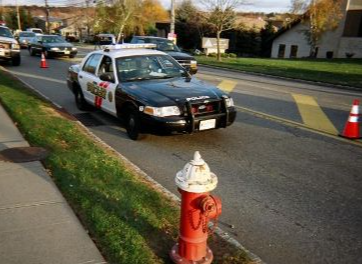 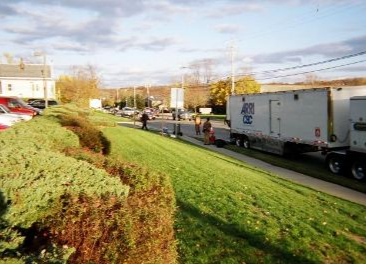 Film crew arriving to setup for filming of Soprano's Season 6 in Towaco, NJ 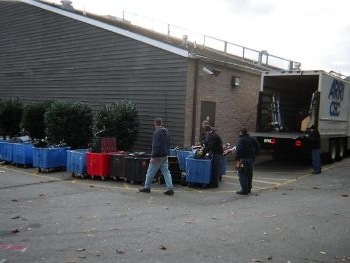 Setting up equipment and props is a much, much bigger job that you think

and requires many hours. 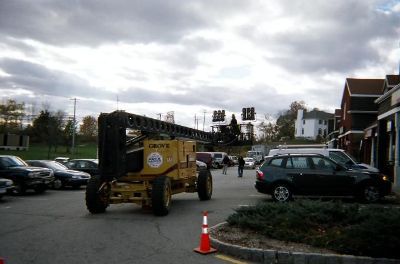 Set-up requires many, many different hands to get the job done. 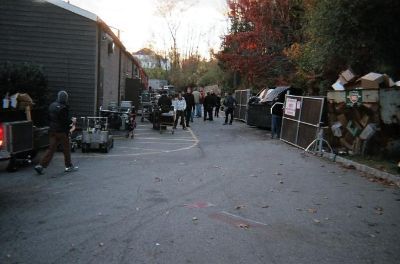 Everybody has a job to do, once they get started they move around like ants. 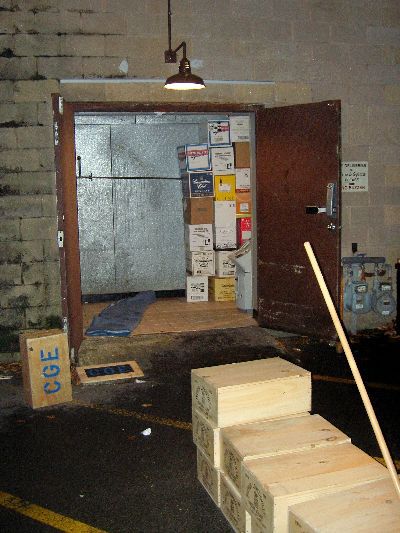 Now the hard part starts... changing the original location a Quick Chek into what it will become a liquor store, for the scene to be shot.
Time to start adding props. 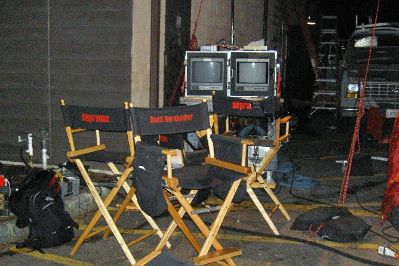 Setting up video and audio equipment. 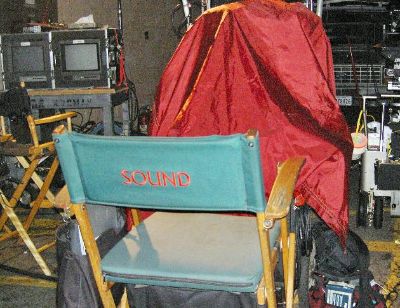 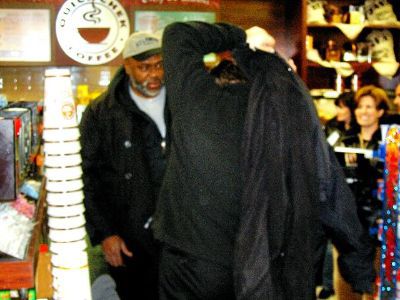 James Gandolfini and his Bodyguard inside getting coffee and greeting all of his fans. 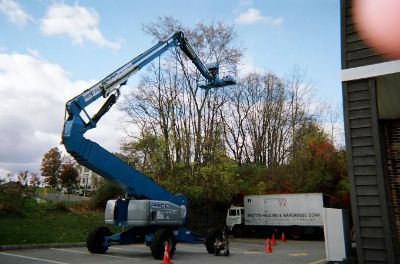 Setting up lights for the night shooting. 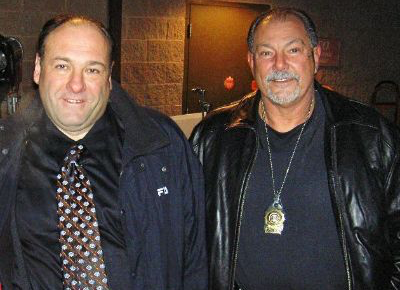 You got it, me and Tony Soprano FAGGETTABATTIT !!! 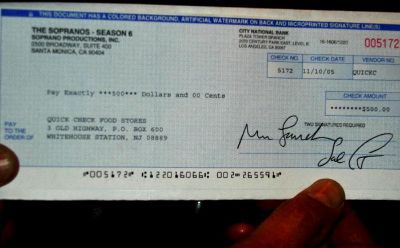 Check made out to Quick Chek for food and drinks for the workers on set. 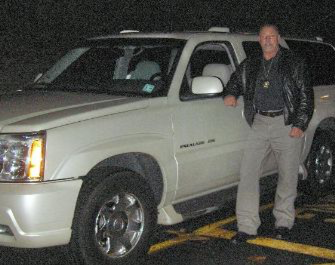 The Escalade Tony Soprano drives in this scene. 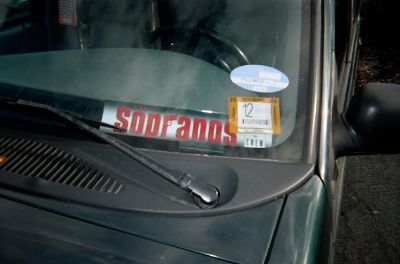 One of the other vehicles used in filming this scene. 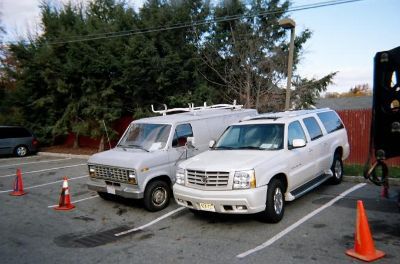 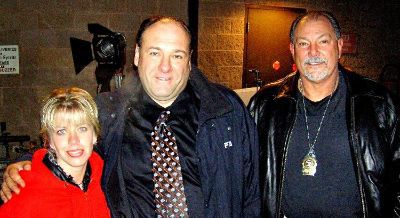 Photo of Stephaine, Tony Soprano and me. This was a very memorable and exciting night. 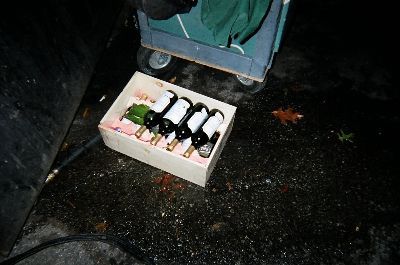 A case of wine used as a prop. 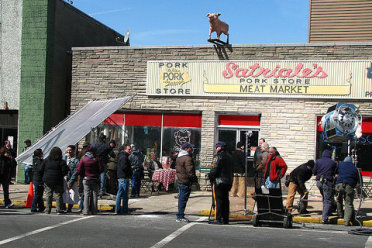 in on Kearny Ave, 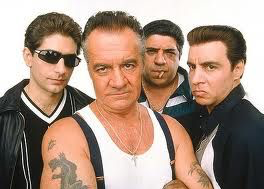 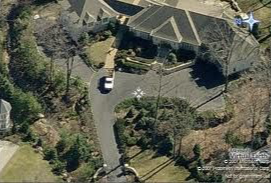 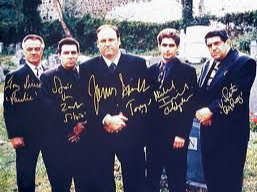 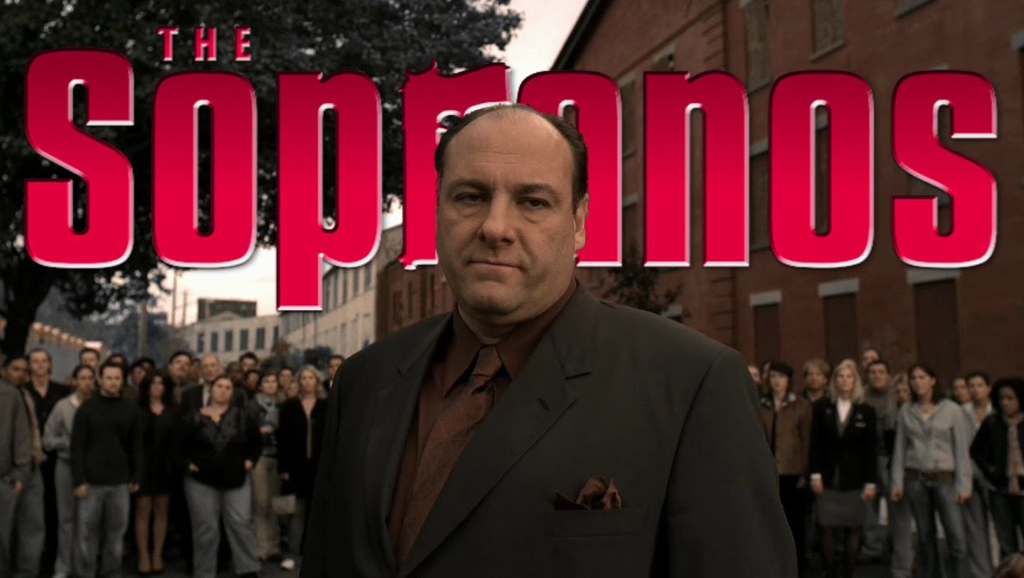 RIP James, You will be truly missed as a great actor and a great human being. 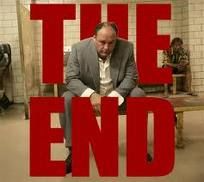 Gandolfini received widespread acclaim for his performance as Tony Soprano, the lead character in the HBO drama The Sopranos, a New Jersey mob boss and family man whose constant existential questioning includes regular psychiatric appointments. The show debuted in 1999 and was broadcast until 2007. For his depiction of Soprano, Gandolfini won three Emmys for "Best Actor in a Drama" and Entertainment Weekly listed him as the 42nd Greatest TV Icon of All Time.  In addition to the awards that he won, Gandolfini received numerous nominations and two SAG Awards for being a member of the series' ensemble

Thank You and Goodnight 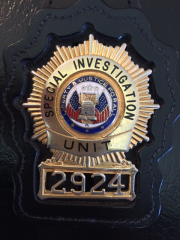 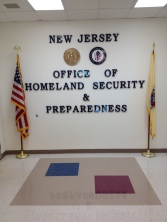 Support those who have paid the price 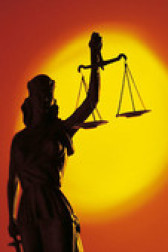 Justice will be served